The first results of the archaeological research conducted in El Cierro Cave (Ribadesella, Asturias) by an interdisciplinary team directed from the University of Salamanca have just been published in the L´Anthropologie journal. Beginning in the late 50s of the past century, Professor Francisco Jordá Cerdá excavated some of these caverns, especially in the area of Ribadesella. This is where El Cierro Cave, which he explored in 1959, is located. He resumed its excavation between 1977 and 1979, this time accompanied by Alejandro Gómez Fuentes, also a professor at the University of Salamanca. 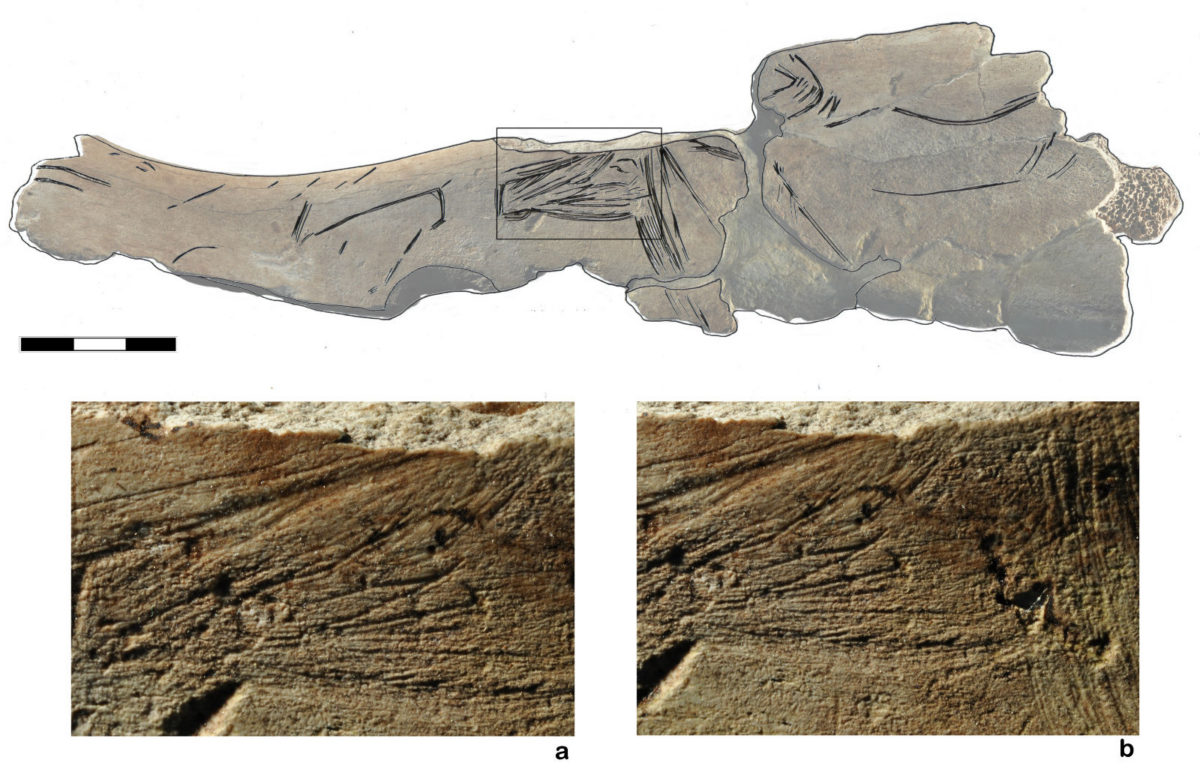 El Cierro. Level F. Deer’s shoulder blade with engravings of animal figures, including a deer’s head. At the bottom details of the head of that deer, engraved with multiple striated stroke.