The best way to learn science is to experience it

Encourage young people to pursue scientific vocations was the objective of the Summer 2016 Science Camp which was held during the month of July at the University of Salamanca.

This initiative provided students with direct contact with the daily work of researchers in a university and multicultural environment.

Students who received one of the 1,920 grants awarded during the call could select one of the projects among those offered by the 16 campuses, including the University of Salamanca. Campus Studii Salamantini, as the USAL campus is referred to, offers four projects: “The basic unit of life”, “Microbial biotechnology: a source of resources”, “Artificial Intelligence and Environmental Intelligence” and “Biodiversity: methods of study, management and conservation”. 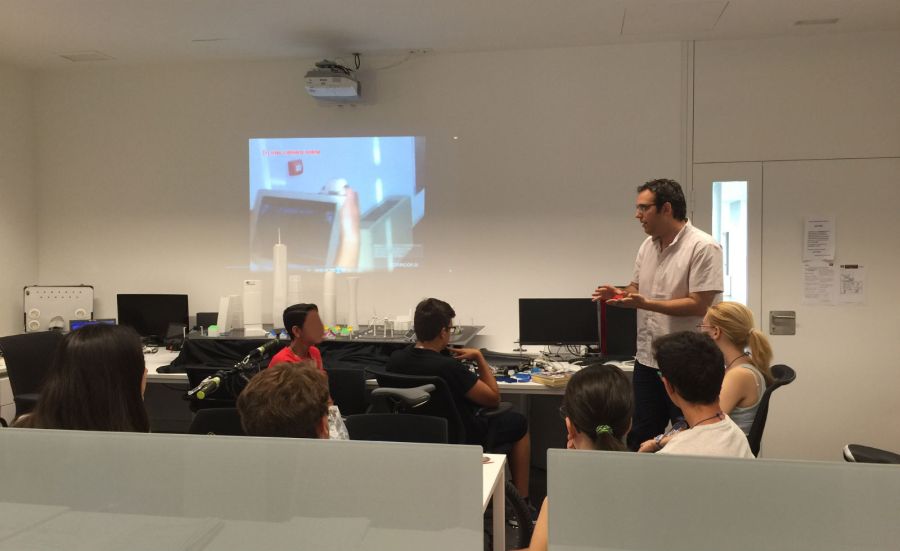 Researchers from the BISITE group participated in the one-day seminars for “Artificial Intelligence and Environmental Intelligence” teaching a series of courses and workshops to secondary school age students in order to familiarize them with different current technological concepts. During this experience, the students learn first-hand about real cases and learn concepts that are later put into practice during the remainder of the camp in areas such as Cloud Computing, creating videogames, domotics and the internet of things, 3D design, web 2.0 etc.

Without a doubt, a wonderful opportunity for these young students to delve into research and new technologies, and perhaps even pursue a professional career in the field.