Hearing loss among children improved thanks to the “Terence” project

The goal of the European project TERENCE is to improve the reading skills and overall school performance of young children with hearing disabilities between 7 – 11 years of age.

Working alongside Dr. Pierpaolo Vittorini, coordinator of this European project financed by the Seventh Framework Programme, we had the opportunity to participate personally and work cooperatively in the development of medical technology. 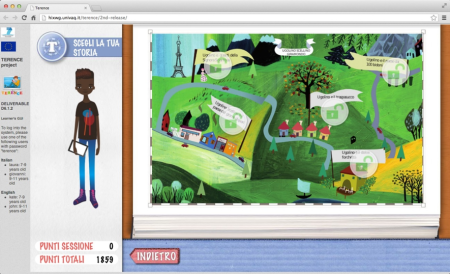 We are presently developing a platform that includes hardware and software developed to measure hearing levels. The device consists of a hearing aid and a transducer that sends stimuli and returns data on the state of the cochlea, which makes it possible to determine whether the nerve is damaged.

The result is an audiometry which evaluates the ability to hear sounds through bone conduction. During the exam, various sounds are produced at different frequencies (125 Hz, 250 Hz, 500 Hz, 1.000 Hz, 2.000 Hz, 3.000 Hz, 4.000 Hz y 8.000 Hz) and with different intensities (de 20 dB a 120 dB). Once the data have been gathered, they are represented graphically on a mobile application, facilitating the analysis of the hearing levels of that individual.

In order to analyse the data (bearing in mind that medical care is first and foremost), it should be taken into account that the normal range that humans are able to hear, in terms of tone, is approximately 20 to 20,000 Hz (the human language is emitted at a tone between 500 and 3,000 Hz). As a precaution, in terms of intensity, sounds greater than 85 dB, which, for example, is the level at which we listen to a rock music concert, may result in a partial loss of hearing (hypoacusis) after a few hours. Sounds exceeding 120 dB may result in immediate pain or hypoacusis.